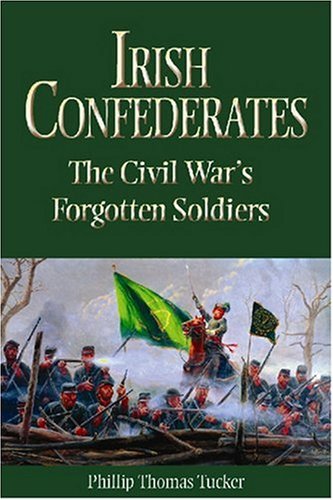 Contemporary Civil War scholarship has brought to light the important roles certain ethnic groups played during that tumultuous time in our nations history. Two new books, focusing on the participation of Irish immigrants in both the Union and Confederate armies, add to this growing area of knowledge.

While the famed fighting prowess of the Irish Brigade at Antietam and Gettysburg is well known, in God Help the Irish! historian Phillip T. Tucker emphasizes the lives and experiences of the individual Irish soldiers fighting in the ranks of the Brigade, supplying a better understanding of the Irish Brigade and why it became one of the elite combat units of the Civil War.

The axiom that the winners of wars write the histories is especially valid in regard to the story of the Irish who fought for the Confederacy from 1861-1865. Throughout the course of the Civil War, Irish Confederates made invaluable contributions to all aspects of the war effort. Yet, the Irish have largely been the forgotten soldiers of the South. In Irish Confederates: The Civil Wars Forgotten Soldiers, Tucker illuminates these overlooked participants.

Together, the two books provide a full picture of the roles Irish soldiers played in the Civil War.