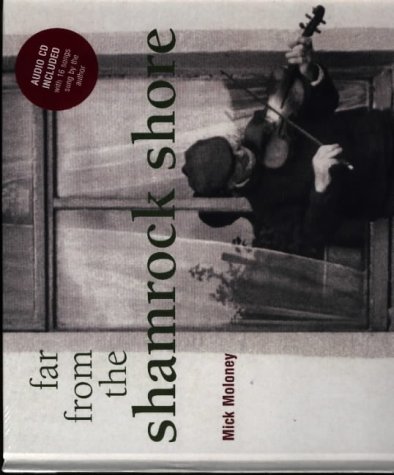 Far from the Shamrock Shore

The Story of Irish-American Immigration Through Song
by Mick Moloney
EUR13.99 ($16.61) in stock
From the lush green hills of their homeland to the cramped ghettoes of industrialized cities an ocean away, from the famine-ravaged fields of Ireland to the community dance halls in America, the Irish documented their history through song.

Far from the Shamrock Shore tells the story of Irish immigration to America in words and lyrics, with an accompanying CD further illustrating the journey through song. The Irish-American folk and popular songs featured complement the text, highlighting issues immigrants faced and the social conditions they experienced from the 1700s to the early twentieth century. They tell of the backbreaking task of survival in the New World; the battles waged for fair treatment and fair pay for the work done by these immigrants on railroads, on canals, and in mines, construction, and factories; the success that they ultimately attained in politics, business, and society; and their continuing influence on American life and culture.
This store is powered by ShopSite web catalog software.