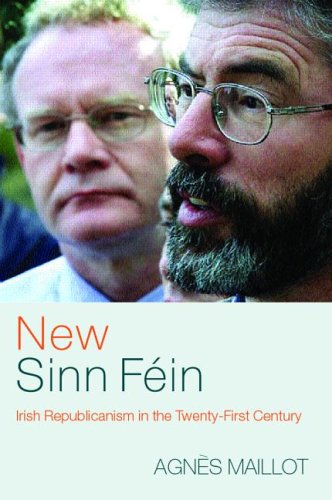 Irish Republicanism in the Twenty-First Century
by by Agnes Maillot
EUR16.99 ($20.56) in stock
Sinn Féin is a unique political party, not only within Irish politics, but also within the wider European context. It boasts a long revolutionary tradition, an historical affiliation with an armed group, a social radicalism and a vision of society that has inspired other parties and movements throughout the world.

Principally known for its connection with the IRA, the military side of the Republican movement has tended to overshadow the political, both in terms of its internal operation and strategic choices and in terms of the attention that it has attracted from scholars, writers and journalists. However, since the 1998 Good Friday Agreement, Sinn Féin has experienced substantial growth, both in terms of electoral results and party support, both in Northern Ireland and the Republic of Ireland.

This book assesses the importance and relevance of Sinn Féin within the changing configurations of Irish politics, studying it as a political party on both sides of the Irish border. It investigates whether Sinn Féin can sustain the progress made over the last decade, retain its identity as the voice of radical republicanism, and ultimately, whether its vision of a united Ireland can prevail.

Containing interviews with key figures, such as Gerry Adams and Martin McGuinness, New Sinn Féin is essential reading for anyone with an interest in Irish politics, and the Republican movement in particular.