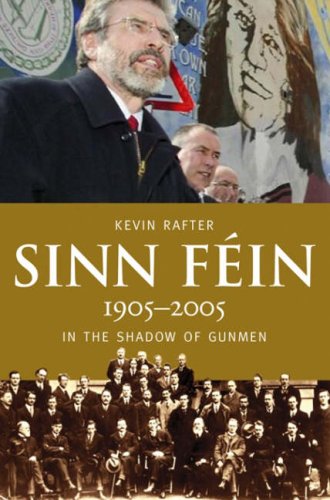 by Kevin Rafter
EUR18.99 ($21.27) in stock
Well-known journalist Kevin Rafter chronicles the history of the Irish political party Sinn Fein from its beginnings in 1905 as a minor nationalist pressure movement to its presence today as the largest nationalist group in Northern Ireland with a significant minority presence in the Republic.

Today one political party stands on the verge of governing in both parts of Ireland. That party is Sinn Fein - the long-time political wing of the Irish Republican Army, which waged war against British rule in Northern Ireland for over thirty years. Led by Gerry Adams, Sinn Fein is now the dominant nationalist party in Northern Ireland and recent successes in the Irish Republic mean it is now only a question of when Sinn Fein enters Government Buildings in Dublin. But what are the events, which have pushed this once anti-system organization near to the corridors of power?

In this new book, Kevin Rafter investigates the emergence of Sinn Fein as a political force on the island of Ireland. He examines the concessions and compromises - sponsored by Gerry Adams and Martin McGuinness - which have aided Sinn Feins recent political advance.

He delves into the history of a party founded a century ago and charts how the political brand that is the name Sinn Fein has been used and abused over the last hundred years. He explores Sinn Feins policy positions, its funding sources and its electoral prospects.

The author highlights the pragmatism that drives modern Sinn Fein and which has become its defining characteristic, replacing the rigid idealism so firmly associated with the party for most of its history. He accesses the scale of the u-turns - sponsored by the Adams leadership and accepted by party membership - that are pushing Sinn Fein into the political mainstream and positioning it to challenge the political establishment on the island of Ireland.