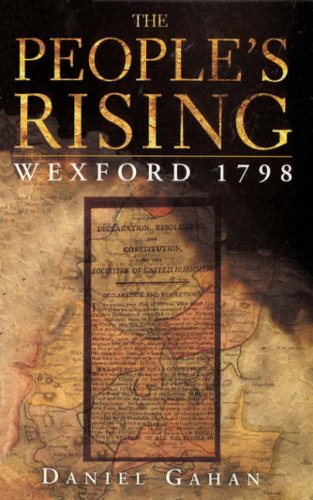 "Epic in the scale of tragedy, the loss of life, destruction of property and the injection of a new bitterness into the "ancient quarrel" between Ireland and England...Gahan tries to give us not just the facts of the rebellion but the probable state of mind of the participants at different stages in the saga." - Deaglan de Breadun. "...a masterpiece, a meticulously researched and written academic work for the lay reader and scholar alike...the complete definition and description of the military campaign on both sides, United Irish and English, in the two months of the most bloody warfare since the Williamite or Cromwellian campaigns" - Nicolas Furlong.