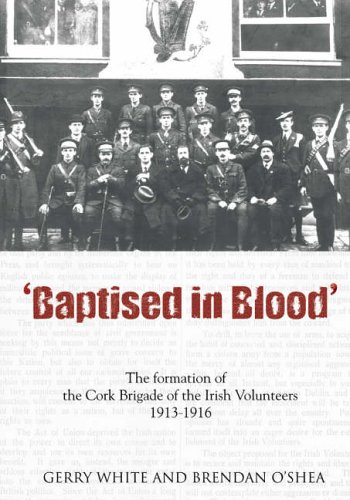 The euphoria that surrounded the formation of the Irish Volunteers in Dublin in 1913 captured the imagination of the country and a series of similar meetings were organised for other locations throughout Ireland. In Cork a public meeting took place in City Hall on Sunday evening, 14 December 1913. After a very contentious meeting over 500 men enlisted in the new organisation and were constituted as 'The Cork City Corps' of the Irish Volunteers. The fragile unity achieved within the ranks of this countrywide Volunteer movement was shattered by the outbreak of the First World War. Thousands of their number set off to serve with great distinction in the tenth and sixteenth divisions of the British army. The more militant minority, of whom initially there remained only 12,000, refused to follow suit, and dominated by the IRB, they retained the title of 'Irish Volunteers' (Oglaig na hEireann), and set about the daunting task of rebuilding an entire organisation.