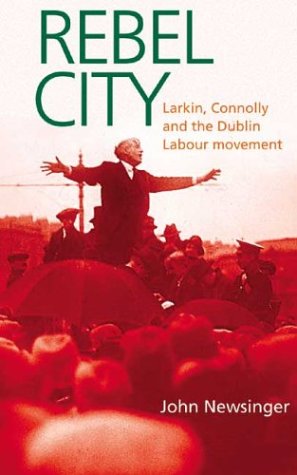 EUR74.99 ($83.99) in stock
Larkin, Connolly and the Dublin Labour Movement
by John Newsinger

This study of the great labor revolt in Ireland and the development of Irish trade unionism and syndicalism focuses on the relationship between Jim Larkin and the Dublin labor movement, and considers the influence of syndicalism and Marxism in the theory and activity of James Connolly. The condition of Irish labor in the years preceding World War I is discussed including social, economic, and cultural conditions; the influence of the Church; gender relations and the campaign for women's suffrage; the ideology of the republican movement; and developing traditions of labor solidarity and militancy. The organization of the Irish Transport and General Workers Union and the impact of the Irish Worker newspaper are chronicled.