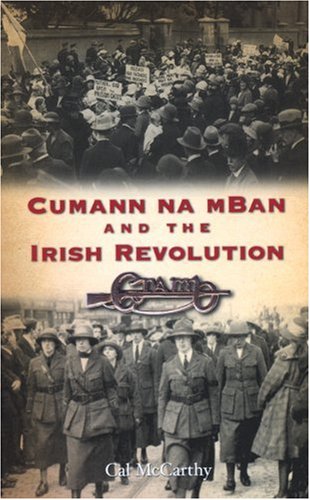 The political role of women in the early twentieth century may have been restricted to providing support but Cumann na mBan paved the way for women to gain more political influence in the Irish government. There are now 22 women TDs in Dáil Eireann and a woman holds the highest office in the land, the Presidency of Ireland. Cumann na mBan, a women's support group to the Irish Volunteers, was founded in 1914. Nationalist in outlook, its aims centred on arming Irish men, generating propaganda and presenting a united Irish opposition to English rule. With members such as Mary and Muriel MacSwiney, Kathleen Clarke, Mabel Fitzgerald (mother of Garrett Fitzgerald) and Countess Markievicz, Cumann na mBan reflected nationalist Ireland and played a crucial role in the politics of the time. Members were invaluable in gathering intelligence, transporting arms, nursing wounded men, providing safe houses, and organising support for IRA men in prison. They also boosted attendance at election rallies, funerals and protest marches. In 1922 the organisation overwhelmingly rejected the Treaty. This resulted in a substantial split and the formation of Cumann na Saoirse (Free State Cumann na mBan) from the minority who were in favour of the Treaty. The Free State Government's awareness of Cumann na mBan's assistance to the IRA after the 1916 Rising resulted in large-scale imprisonment of republican women during the Civil War. But Cumann na mBan had placed equality for women on the political agenda and demonstrated women could be as politically active and capable as men.