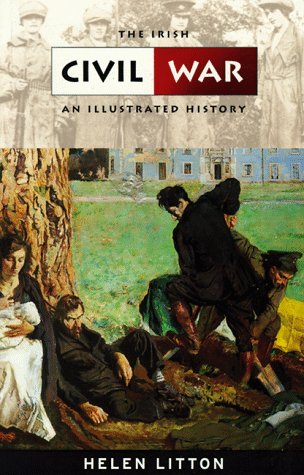 An Illustrated History
by Helen Litton
EUR10.99 ($13.30) in stock
The Irish Civil War has inspired passion, hatred, and idealism.

In this concise history, Helen Litton recounts the events leading up to the signing of the Treaty, the impassioned Dáil debates that followed, the destruction of the Four Corners, and the confused fighting of the Civil War itself.

Here is the pragmatism of Arthur Griffith, the charisma of Michael Collins, the resounding rhetoric of de Valera, the military tactics of Liam Lynch. Here also are the women of the Cumann na mBan, and the war-weary civilians who had just begun to rebuild their lives from the ashes of the War of Independence.

Using speeches, newspaper reports, eyewitness accounts, and carefully chosen illustrations, Helen Litton describes the confusion, inexperience, and sometimes misguided vision that characterized both the Provisional Government and those commanding the Irregulars. From the resulting maelstrom of divided families and neighbors, a new Ireland had to emerge.

In the style of Litton's highly acclaimed history of the Irish famine, The Irish Civil War: An Illustrated History will provide a stimulating rethink for all who know the period well, and an informative introduction for those who want to understand it for the first time.